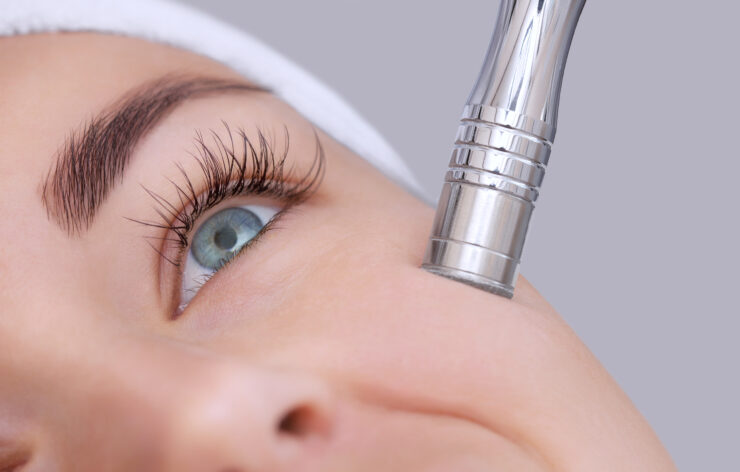 Currently, when there is a very strong body cult and in fact from every side we are even attacked by the media and social networks with images of impeccably presented, slim, shapely people who, despite the passage of time, still look great and look beautiful – it is not difficult to get into serious complexes and problems with self-acceptance.

However, not many of us – with envy looking towards smiling at us from our TV screens and computer monitors of stars and celebrities are aware that behind this delightful image is often plastic surgery and a team of stylists, make-up artists, dieticians and image consultants.

Plastic surgery is increasingly common among the public.

Until recently, plastic surgery was associated with us as the domain of very wealthy, famous people, or people who underwent very serious deformities and body defects as a result of serious accidents, illnesses or injuries.

Over the past dozen or so years, however, plastic surgery has begun to enjoy immense popularity and is gaining a growing number of supporters among average citizens who, not quite satisfied with their external appearance, wanted to improve it. Currently, too large and protruding ears, eagles, uneven or upturned nose, too small breasts or flat buttocks are no longer as dramatic for their owners as it was in the past.

Plastic surgery, because it has become something common and normal – if only something in our appearance does not suit us and becomes a source of complexes.

The countries in which  plastic surgery is most popular are Brazil and Colombia. In Brazil, it is actually difficult to meet a person who has not undergone surgery to improve beauty once in a lifetime.

Is plastic surgery a good solution to get rid of complexes?

Although nowadays there is a lot of talk about self-acceptance of one’s own appearance and work on one’s own character – there are cases, however, that a huge, potato-like nose and large-sized protruding ears become the reason for persecution and unpleasant tricks from others.

This is an extremely frequent phenomenon in schools, among children and adolescents, when young people do not have a completely formed character and do not realize how much harm their malicious comments and pranks can do to someone.

In such situations, plastic surgery turns out to be extremely helpful, because thanks to the procedure or surgery to correct the existing disproportions or even deformations – someone’s life can gain quality, and the person who until now is reluctant to look at his reflection in the mirror become happy and satisfied with own appearance …

We can safely say that in justified cases, plastic surgery is one of the benefits of our time. However, used in excess and as a fad of people who are not quite able to cope with the visible signs of the passage of time can cause more harm than good and cause that abusing her people get the opposite effect from the intended – caricatured and exaggerated and controversial among the environment.

A panacea for complexes or the fad of our time?

Although the plastic surgery offered by today’s plastic surgery can be justified in many cases, it certainly should not be treated as a cure for all complexes and an attempt to stop the passage of time.

Therefore, often before visiting the plastic surgeon’s office, we should carefully consider the decision to undergo plastic surgery, which in any case constitutes a serious intervention and interference in the human body.

It is worth accepting and liking yourself and your not-quite-proportional nose or maybe slightly protruding ears, because in most cases no one from our surroundings even paid attention to them – except ourselves.

However, if the proverbial “door handle” has fallen – remember to choose a clinic or office and a specialist in the hands of which you intend to entrust your body.

Before making such a choice, it is worth seeking advice from friends or family members who have previously had plastic surgery.

If none of our friends have declared such treatments in the past, it is worth looking for independent opinions on the Internet, on forums and discussion groups.

We should remember that it is not worth saving by putting yourself in the hands of unproven offices, about which not too many opinions, or worse, they are not too flattering, because in this way we risk what we have the most valuable – and thus our own health and even life .

Already during the first consultation with the doctor who is to carry out the surgery, we will be able to determine whether he is a trustworthy person.