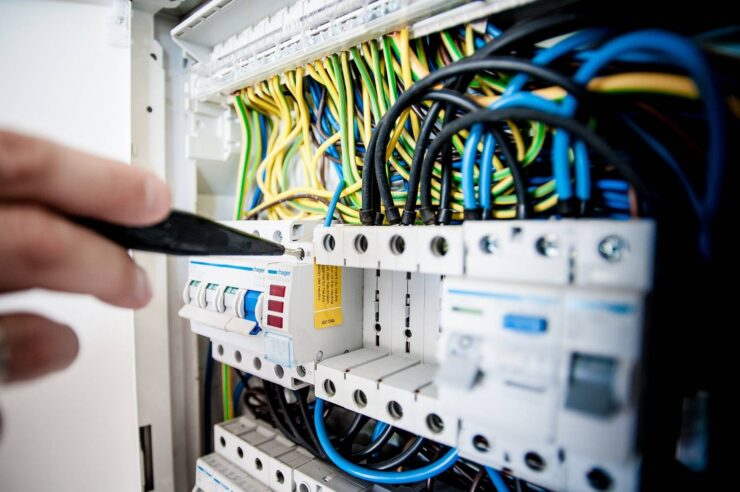 Microwave sensors application – the popularity of microwave motion sensors is growing year by year, which is not surprising in the face of ever-increasing utility bills and the desire of people to secure their homes. These devices are very effective both in open spaces and in interiors with numerous rooms and passages.

Microwave motion sensors are easy to install, have an optimal feature set and are easy to manage. Users note that they are much more efficient than their infrared counterparts because the high-frequency waves they emit easily pass through many types of materials.

The microwave sensor emits high-frequency waves that are reflected in a continuous stream from objects within their operating radius. As soon as they detect changes in the environment, the data is recorded by the device’s sensor and fed to the microprocessor, which runs the program installed in it, e.g. turns on the light or emits a sound signal in the event of an intruder entering the building or property.

The level of high-frequency magnetic waves depends on the manufacturer of the microwave sensor, but most often it is 5.8 GHz. It turns out that the sensor of the device picks up any fluctuations of the wave colliding with a moving object. Since there are no obstacles to microwaves in their range, these devices are best used in large enterprises, warehouses, where walls, partitions or windows are located at considerable distances. Thanks to this, you can be sure that the sensor will not give false signals, catching movement in neighboring rooms.

Although each manufacturer has different quality criteria for this type of product, many microwave sensors have similar technical characteristics. The more features are built into a microwave tracking sensor, the longer the wavelengths and the faster the sensors work, the more expensive it is, but also more reliable. As a rule, such models work well when arranging a security system in an enterprise or in offices.

The microwave sensor is most often installed where it is required to save light in a large area with numerous rooms. So in a public toilet, just install one such device and it will switch the lamps in all the cabins on and off when it detects movement in them.

In addition, microwave sensors can be installed indoors, but can be configured to operate far outside the building. For example, it is convenient when protecting large industrial territories. Sensors distinguish the appearance of animals from people on the premises, thanks to which false alarms can be avoided. By connecting a security camera to such a device, you can significantly reduce energy costs.

Microwave sensors come in handy when you need to adjust the light or activate a burglar alarm. They are also important when equipping a smart home. The microwave sensor is not affected by changes in temperature, humidity, wind, noise or other external factors. The range of operation is very wide, as are the installation locations.

Sensors can be mounted in walls, lamps, suspended structures so that they are invisible. Sensors are used in security systems in museums, banks and various public places.

How does a microwave sensor work?

The principle of operation of the microwave sensor is based on the radar method of sending and receiving a signal. The device continuously generates electromagnetic waves (frequency may vary depending on the technical characteristics of the device model and brand). After passing through the controlled zone, there is a reflection from the objects in it. The received waves are recorded by the sensor and analyzed for signal changes. If a frequency discrepancy is detected, the microprocessor activates a function built into the program: a light or sound signal is activated, the connected system (lighting, alarm). During operation, the monitored space is constantly scanned.

Microwave sensors are particularly in demand in lighting control and security systems. They are preferred due to their following positive characteristics:

Summing up, the following conclusions can be drawn: microwave motion detectors are high-quality and efficient devices used both in private homes and industrial enterprises. As part of the security system, they present their properties well on large surfaces. These devices are harmless, so they are in demand both among ordinary users and companies installing security systems. The advantage of using microwave sensors is: high reliability of motion detection, good level of noise immunity. resistance to the influence of factors such as convection currents, drafts and outdoor weather conditions (rain, snow, fog).